Home/Headwater, Travel/WixHill gears up for the Contrasts of Puglia tour with new client Headwater
Previous Next

This April saw Tim head off to Southern Italy with new WixHill client, Headwater, on the ‘Contrasts of Puglia’ tour.

This wonderful 7-night cycling tour takes you through the beautiful, unspoilt region of Puglia, tucked away in Italy’s boot, fueling your culinary senses with traditional, local and perfectly Italian cuisine, all the while providing the pretty remarkable Adriatic coastline as a backdrop.

Beginning in the seaside town of Monopoli, the group stayed in the first of the individually selected hotels, Albergo Diffusi, where they were matched with their trusty steeds for the trip. Headwater gives the option to use a normal or an electric bike, Tim highly recommends the ebike option as it still requires you to exercise but takes the sting off those hill climbs. Perfect for Tim as he hasn’t cycled since his paper round! 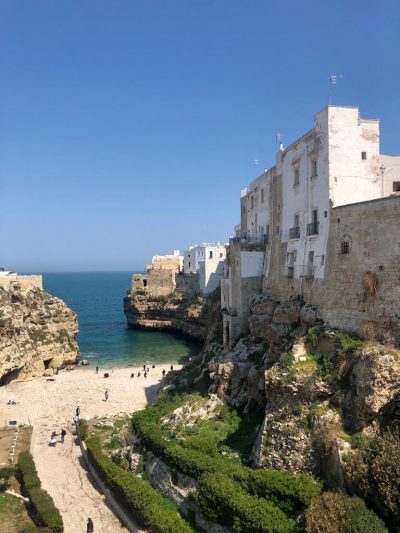 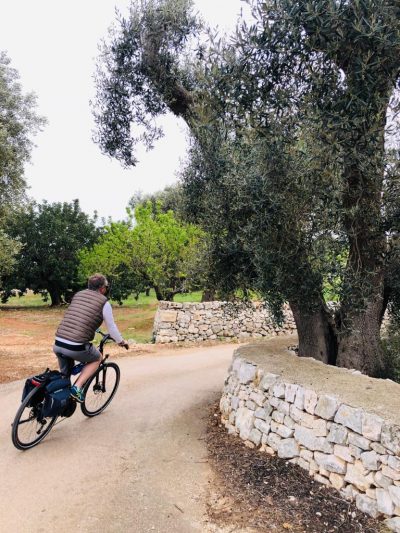 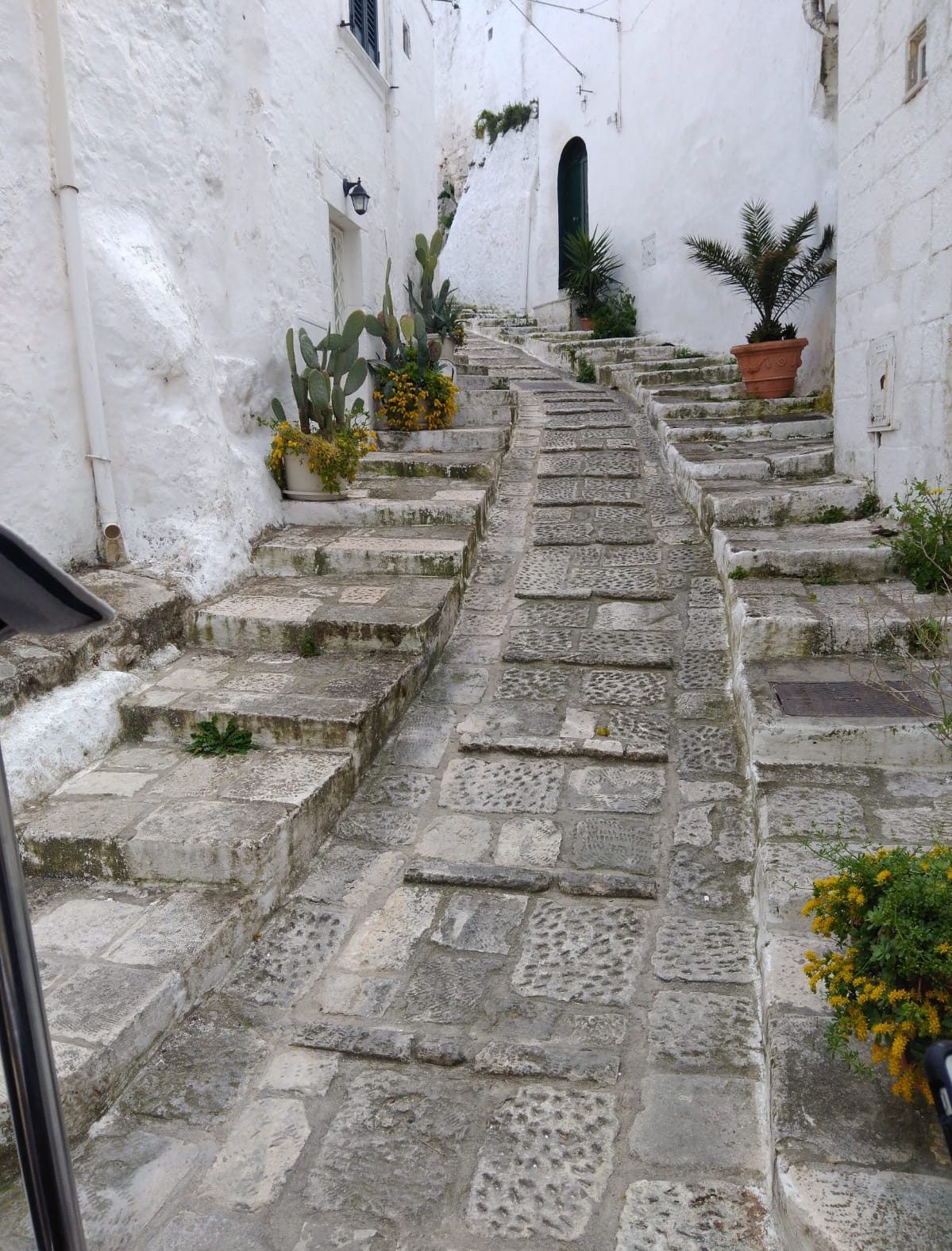 Polignano a Mare, known as the ‘Pearl of the Adriatic Sea’, is home to the Porta Vecchia gateway, which transports you back through it’s rich history and the place of the first cathedral in Polignano, the Chiesa Matrice built in 1818.

The town of Coversano, dated back to Paleolithic times between 8C and 6C BC, is next up on the route.  This inland town is covered with wonderful, Italian cherry and olive trees, and is also home to one of the oldest, best preserved Norman castles in Puglia – Il Castello dei Conti Acquaviva d’Aragona.

The journey continues inland reaching the town of Alberobello on the fourth day. En route the group pass through one of the most beautiful villages in Italy, Locorotondo, where there are the spectacular panoramic views over the Itria Valley. This town is well known for its brilliant dry white spumante wine made from verdeca grapes, and was a firm favourite with the group! 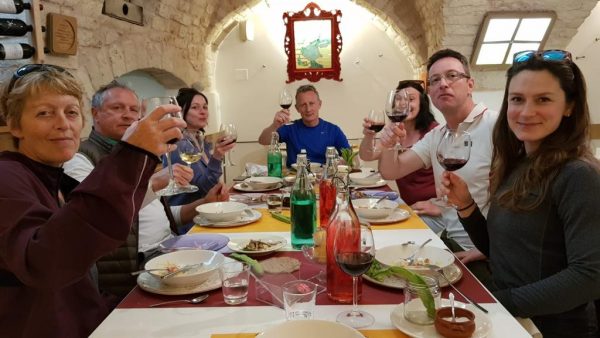 The Masseria Salamina (pictured above) is an old style, fortified Italian farmhouse built over an agricultural estate, many of which are found throughout Puglia and Sicily.

This farmhouse, located in Pezze de Greco is one of Tim’s highlights from the trip, as the family that run the hotel have lived in the house since the 1880s and have owned land in the area since the 13th century – as a husband and wife team. He is an EU-qualified olive oil taster and spoke about the olive trees in the area – some of which are over 3,000 years old – he also taught the group how to tell the difference between olive oil and virgin cold-pressed olive oil.

The food and wine in this area was also one of Tim’s highlights, with all of the restaurants in the area family owned, serving traditional, peasant food with the main types of pasta and gelato for dessert all made on the premises. All of the produce was local – it probably would have travelled no more than 5 or 10 kilometres with the local wine made from a grape variety called Primitivo – which the Americans call Zinfandel. The group are enjoying a glass in the photo above! 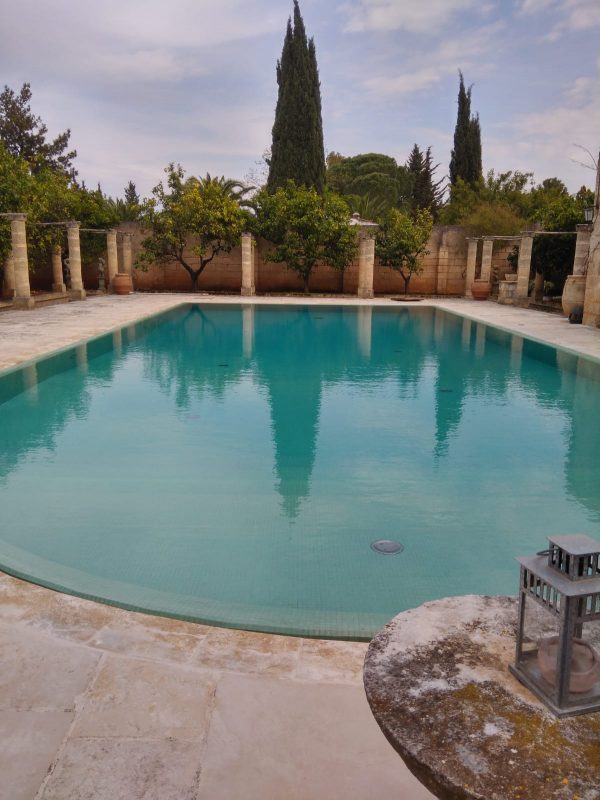 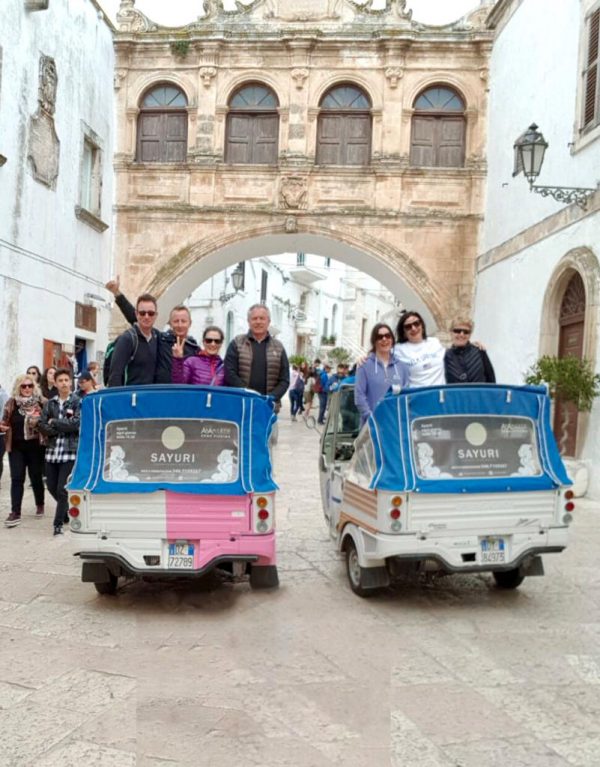